Do you know what I love about Manila? And why you should love Manila too?

It’s not the abundance of beautiful women, it’s not the world-class nightlife, it’s not even the absurdly low cost of living.

See, a lot of guys go to Manila to buy sex. They only sleep with red light district pros and working bar girls.

They don’t even consider dating the hordes of beautiful, classy women looking for foreign men in Manila…

And that’s their choice – but if you ask me, that’s insane.

There is no point to pay for hookers when you’ve got so many young and cheerful girls craving to meet you.

I understand to pay in the West where women are difficult to approach, but in Manila, that isn’t the case.

And the selection of girls is unmatchable. Imagine that Manila population is almost 12 million which the majority being young and singles.

The reason is the numerous universities that attract young girls from around the country, and the best work opportunities suitable for classy girls.

So whether you want a purely sexual fling, a long-term partner or a “port wife”, you can come back to again and again, a Manila girlfriend is the perfect answer.

In this post, I’m going to show you step by step how to get a quality girlfriend in Manila even if you’re abroad…

But first, let me explain what makes Manila girls different from Filipinas in other parts of the Philippines.

Manila is the capital of the Philippines with numerous universities and home of multinational companies.

As a result, all the young co-eds and office girls in the country want to study and work in Manila.

This creates an influx of open-minded, fun-loving, sexy women who are:

All of this creates the perfect environment to find a girlfriend in Manila. 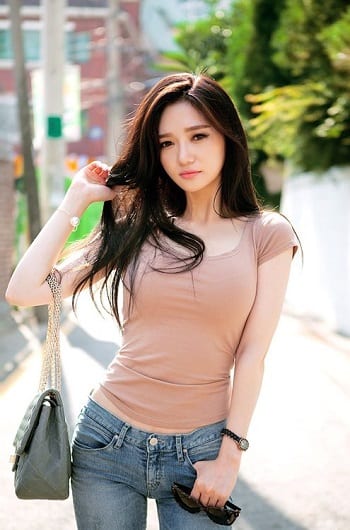 There’s a lot of young hotties and almost no good men… Meaning that if you go to the right place at the right time and don’t screw up too badly, you’ll be the most desirable man in the room.

Women will literally line up to meet you.

Heck… Things are so dire that millions of regular girls are using the internet to find men from abroad.

If you know where to go online, you can meet them long-distance – and have a Manila girlfriend, or a string of dates with prospective ones, when you land in the country.

So without further ado – here are the 3 steps to meeting your next girlfriend in Manila.

This is the exact same system I’ve used for years to date girls in Manila and I’m still using today.

Step 1: Know What You Want

There’s a lot of single young women in Manila.

They find foreigners handsome and exotic, meaning a lot of them will actively chase you.

You’ll be tempted a lot – so it’s important to decide what you want in advance, so you don’t get distracted along the way.

Just write down on a piece of paper your answer to the following questions:

These are just a few questions to ask yourself – but the important thing is that you don’t compromise.

While looking for a girlfriend in Manila, you’ll have a lot of options, so don’t waste time on anyone but only the girls best suit YOU.

Once you know what you want, it’s time to…

Wanna pick up Manila girls during the day and at night?

With this tip, you will… And all you need is an internet connection!

Here’s how it works.

Millions of single Pinay girls are using dating sites. They’re happy to talk to a foreign man like you – even if you didn’t plan to visit their country yet.

I’ve used dating sites in Philippines for years, and let me say that is been a game-changer for me.

I went from struggling to date quality girls, to be overwhelmed with choices.

It might sound awkward, but I give most of my success to my system. It has proven over and over again to attract the right girls without falling victim of scams.

So, first you need to register with a reputable online dating site – I’ll show you in a minute the best sites in the Philippines.

Don’t feel shy, or think too much about what to say… that’s irrelevant.

You’re a foreigner, and she is already showing her willingness to know more about you and your culture by being on the site.

Just be friendly, honest and patient.

That’s it. How simple is that? Can you do?

I’m sure you can.

Repeat this process several times, and you’ll have a long list of girlfriends in Manila.

If you followed Step 2, you’ll have a long list of datable girls ready to meet you.

If you didn’t, then once arrive in Manila, go out to the city and meet some of the young singles there.

Either way, at this point it’s time to start meeting girls!

One thing that’ll surprise you is how many girls want you.

I know, I’ve said it earlier, but as a Western man who can afford to travel the world, you’re a hot catch – even in Manila.

Ladies will pursue you aggressively.

When they do, it’s important you don’t lose your nerve and decide on your girlfriend too early.

Hooking up with the wrong girl, not only is a waste of time, but also a lost opportunity in meeting other girls.

So, treat the whole thing like a “casting call.”

Most Filipinas will not be mad if you’re sleeping with multiple women to “try them out” – so take the time to go through your entire contact list.

You might think that letting know your new girlfriends about your plan to bang other girls as a “test drive”, is going to upset them.

Well, actually the opposite.

They’ll feel the competition with other contenders, and they might do some crazy thing to get you.

Don’t believe me? Listen to this…

Once, I got to sleep in the condo of this Manila girl met online a few weeks earlier. That’s was kind of weird because we barely know each other.

But the thing was, she freaked out when I told her I was going to visit Manila for a week looking for a girlfriend.

So, she suggested staying in her condo having a spare sofa. She wanted to make sure don’t let me meet other girls, lol.

Well, not only I had nights filled with intimate moments, but I saved money by not staying in the hotel.

Set Your Rules – You’re The King

At this point, you’re about to have your very own Manila girlfriend.

You’re the man. I knew you could to it.

That’s why it’s important to give your girlfriend some hard, clear rules about what you expect from her:

The point is, set rules to be followed – otherwise, expect irrational things to happen.

Her cultural values are different from ours – communication is key to a happy relationship! 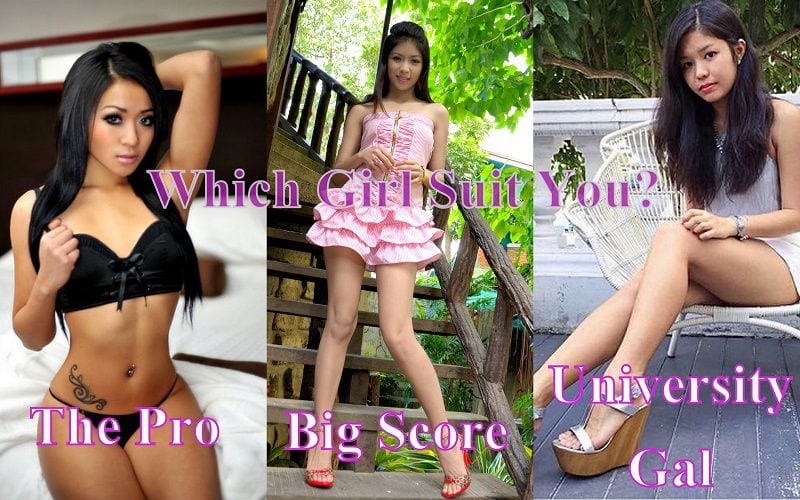 In Manila, you can meet any type of girls for any type of relationship – from a nightstand to full-time girlfriend. The choice is yours!

Sure, there are lots of girls in the city… But do you really want to hit the streets and clubs as soon as you’ve arrived in the country?

Instead, have multiple hotties waiting for you is the best way of action. That’ll make it easier to find a girlfriend in Manila and give you plenty of choice and control in who you date.

Have FUN! And remember: “The best time to start a relationship is NOW.” You CAN!