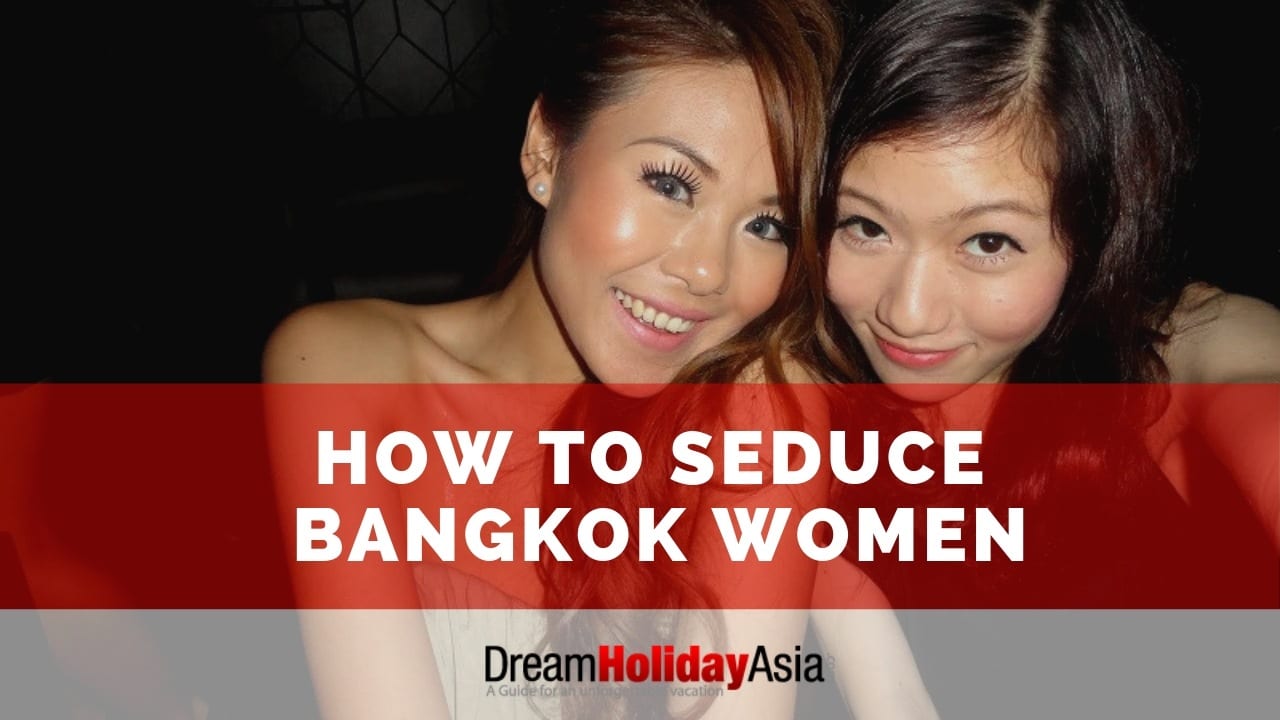 If you are wondering how to seduce women in Bangkok so you can easily have sex with them, you’ll find the answer in this guide.

Thailand has its own culture and dating customs, and Bangkok is a whole different world from the rest of the country.

If you don’t know the way of dating and courting Bangkok women, not only they are going to ignore your flirting, but label you as a rude man.

One thing that you should know is that Bangkok Women are not used to getting approached by strangers.

The reason is Thai people are raised in a very conservative way, which leads to the fact that nearly no Thai guy would ever approach a girl in public.

if you are planning to pick up Thai women the same way you do in the West, you are going to get only cold showers.

There are quite a few things that you have to consider when you want to seduce women in Bangkok. But five I consider imperative…

When you approach a Bangkok woman you should remember that she is not used to getting approached.

So, don’t catch her off-guard by approaching from behind for example. Walk straight forward her with a smile and start the conversation by speaking softly.

Yes, they are sensitive.

Avoid using too explicit language. Even though Bangkok girls love sex, they don’t love to talk about it.

Another thing that you should be aware of is that Bangkok women are extremely shy and reserved in public.

A lot of men mistakenly interpret a shy behavior as disinterest or as uprightness.

Don’t think that she is not interested, just because she doesn’t talk much.

Don’t make the mistake to hug, grab, cuddle and kiss the girl when you are dating in the public.

This is seen as a very impolite behavior not only in Bangkok but in all of Thailand.

When she knows that you are a guy who knows how to behave in public, she will love to show you how much Bangkok women love sex once in the privacy of your room.

Dress smart and take care of your appearance.

Thai society gives a lot of weight to appearance, and Bangkok women go to the extreme to appear sexy and well dressed.

They rarely dig deep into one person’s achievements or personality but put a heavyweight on your look.

By look, I don’t mean you should be tall, handsome and with a six-pack, but dress well and be groom properly.

Women in Bangkok believe in what they see, so if you are dress smart and act accordingly, they are going to be proud of going out with you.

Don’t fool yourself into thinking your wallet will do it for you.

Good girls aren’t into money, but into hooking up with a decent guy and enjoying sex together.

You might encounter a few women who can’t speak English or shy away but that shouldn’t discourage you.

When you approach or hook up with Thai women in Bangkok, be soft and gentle. They are shy and reserved, and not used to being approached in public or to date foreign men.

Never grab, kiss, or spank them in public, that is considered extremely rude.

Always dress smart but keep humble and they are going to like you.

All in all, there are thousands of single girls in Bangkok that want to hook up with a foreign man.

If you follow the 5 simple rules explained above, it’s going to be easy to seduce any type of Bangkok woman.

They are going to melt for you.