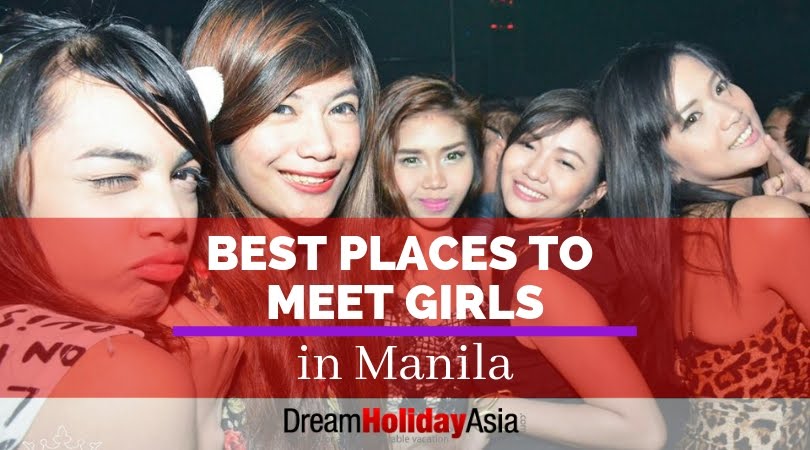 Here are some of the best places to meet girls in Manila:

1. Online: The women who want to meet foreign men use dating sites. It’s easy to get laid with them because they hope to get a boyfriend or husband.

2. Nightclubs: Manila nightclubs can be divided into two: pick up joints full of hookers and normal nightclubs. I’ll explain the two types and how to go about it.

3. Girlie Bars: There are different types of girlie bars in Manila but what they have all in common is easy girls.

5. Malls: Most single girls go shopping or spend an afternoon is those big shopping center. If you don’t fear rejection and you’re confident to approach girls in public, give a try.

So there you have it. Meeting girls is as simple as going to those places, right? Not quite.

If you’ve already tried going to some of those places to meet women, you might have probably already figured out that each place has different types of girls and some are easier then the other.

Not only that but in certain places, there are only hookers while in others you can meet single girls.

If you go to the wrong venue, you might end up pay for a woman even though she just looked like a regular girl.

In Manila there are many freelancer girls who fly under the radar, they look sexy but not so much to look like a prostitute.

That’s why I’m going to give you an overlook of each place mention before, so you get a clear picture of what is going on and the type of women that hang in there.

Some women get on those sites to improve their English, but many hope to find a boyfriend or a husband. That is a great thing because they are up for almost anything to get your attention.

Most girls online seem hard to get, but in reality, they feel lonely and want someone to share their life together.

So, when you talk to these women, don’t ever expect them to make it obvious that they want to meet you or even that they really like you when you’re talking to them.

Early on, when I first started approaching Manila girls on dating sites, I didn’t know what they were really doing when they were playing hard to get with me.

Back then, I assumed that they were playing hard to get and being difficult because I wasn’t good looking enough.

However, I realized that it’s just an act that girls put on to make themselves appear more valuable to you or feel insecure.

When the moment was right, all I needed to do was to meet them and take them back to my room for sex.

If you go out to meet nightlife girls in Manila, women don’t always make it clear and obvious what they are after. 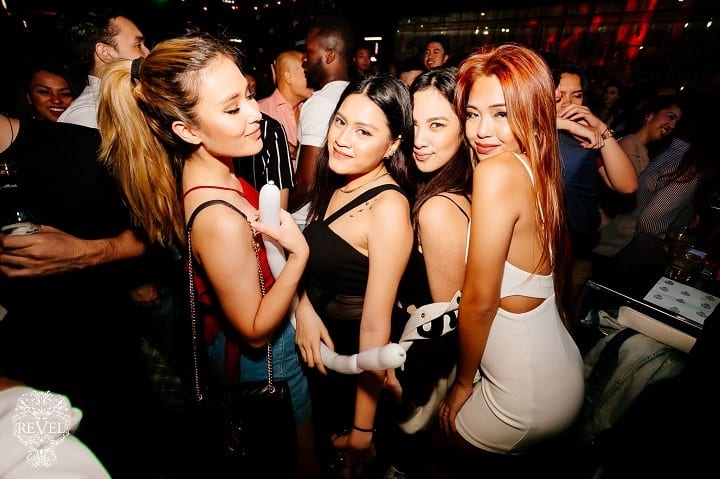 You never know if she is there to pick up customers, or she is looking for a boyfriend or just happen to be there with friends.

Pro and non-pro girls in Manila blend so well together that it’s hard to find out who is who.

So, when you go out to meet women in clubs, don’t ever expect them to make it obvious that they want money from you.

Some girls will make it clear that they are “working girls”, but the majority of women don’t make it that obvious.

In fact, she will talk to you and flirt like to be on a date, like any other woman.

If you go along with the conversation and buy her drinks without mentioning money, she knows that it’s your first time in Manila.

That way she is going to try extract as much money as she can from you.

But what about if you hook up with a regular woman that is out there just to meet someone nice to spend the night together?

If you show confidence and build attraction, you most probably going to get laid at the second or even third date.

Yes, Filipinas are catholic so not too much open about sex at the first meeting.

If you can’t wait to have sex, then visit a…

There are bars in Manila where you can pick up girls. Usually, they are located within the red light areas like P. Burgos or Malate.

Don’t expect to find romance or highly educated girls in those places but rather uneducated girls from the countryside coming to Manila for making some money to support their families.

But if you are looking for only sex and have deep pockets, you are going to get served in the girlie bars in Manila.

It might look intimidating at first because the places are dark, but don’t worry as they are safe.

They might scam you for some money on the drink’s bill, charging one or two more drinks, but for the rest be assured the place is safe.

Most women working in those parlors aren’t so attractive as the job is demanding, but time to time you can get a diamond in the rough sort of speak.

This is the best option if you like to get massaged as they know how to touch you. In certain places, you can opt for a Nuru massage which is essentially a body to body massage.

That is an interesting experience to have in the afternoon if you have nothing better to do.

I would rather spend money in a massage parlor than in a girlie bar as it’s more intimate, you can use their rooms and you walk out feeling refreshed.

5. Pick Up Girls in Manila Malls

During the day the best place to meet single women are the shopping centers.

There are girls of any class from the students to the independent business women, it’s a paradise for confident men that aren’t shy to approach.

In fact, girls in Manila don’t mind to talk to a foreigner because they are happy to help in any way, from the tourist information to any other questions.

You rarely are going to be turned down as most girls speak conversational English, making the approach relaxed and without misunderstanding.

When you approach with a big smile and genuine interest, you will realize that most Manila girls are much easier to pick up than they make themselves out to be.

Actually, sometimes the conversation can drug on for several minutes and it isn’t unusual to sit done for a coffee to know each other.

I realized that you don’t need to be aggressive trying to get her phone number or game her, just be natural in the conversation like talking to a friend and things escalate naturally.

I understand that not every man feels comfortable picking up girls in public, it is an intimidating experience especially in a foreign country.