If you would like to visit Taipei and want to know how to find girls and get laid, this guide is your resource.

But don’t expect to be welcome in any venues, it’s common to get turned away from doormen in certain places. That is annoying, demotivating, and the reason why you should know where to hang out.

I’m going to show you all the good things this city offer for a single man because you should enjoy the places and beautiful women in Taipei… Instead of worrying about where to go, what do and most importantly how to do it.

This Taipei Sex Guide was last updated on 22 April 2020

Intro To Sex Tourism In Taipei

It’s quite hard to find out the red light areas because the Taipei sex industry is concealed from the public eyes. Anyway, most sexual activities take place in the two major red-light districts in Taipei: Linsen and the old Monga red light district in Wanhua…

Linsen red light area is the most popular and conveniently located near Taipei Main Station. The first impression might seem a rough place to walk at night, but it’s safe.

Anyway, the majority of girls in the red light districts are from China and Vietnam. But occasionally you can also find Taiwanese ladies.

In both Linsen and the old Monga, some sex worker tries to pull customers into their lounges by offering discounted rates. The result is most times customers get overcharges and threaten if they don’t pay.

Yes, Taipei prostitution can be rough and dangerous if you don’t practice prudence. Keep in mind that pushy prostitutes are always trouble.

What About Girls & Sex In Taipei?

Three words to describe Taipei women: sophisticated, sexy, but not so easy,

Most girls in Taipei hold degrees and professional jobs… They know how to dress and impress, but they can be very shy when they don’t know you well.

Yet, after a few drinks, they loosen up and don’t mind talking to strangers and even have a one night stand. There are party girls that go clubbing just to hook up with foreigners.

But they aren’t the best looking ladies and many have severe problems like drug addiction or mental illness. Although, when you go out on Wednesday night (ladies night), you can make out with drunk students.

Women in Taipei come from what is still a relatively traditional culture. They are feminine, sweet, and look after their bodies. Hardly you’ll see any fat lady here. Their best body part is the legs: long, well-shaped, and smooth to the touch.

There are Taiwanese girls who do like foreign guys, but there aren’t that many. But if you want to hook up in Taipei, stay away from conservative girls. Those girls won’t be on hookup sites, and they definitely won’t be in the clubs.

Where to Find Girls For Sex in Taipei

The most popular places to meet girls for sex in Taipei are:

The most popular are:

It’s a large sauna complex for men that has a hidden passage leading to rooms where a massage and sex are offered for 4.000 Taiwan Dollars. You are also free to wander around and use other amenities such as the bath, saunas, and steam room. 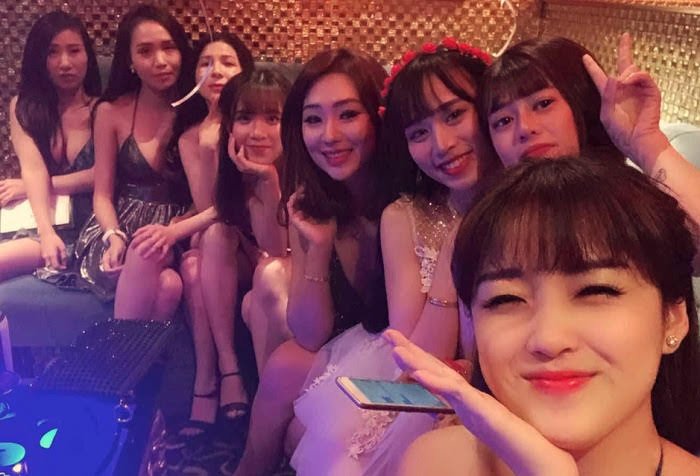 The are several services offered depending on the girl you pick. Some girls might go topless, others fully naked. Usually, sex isn’t on the menu, but it can be negotiated privately with the girls.

The most popular KTVs are Golden Jaguar and High Pie. If you don’t speak some Chinese Mandarin, hostess bars might be boring for you.

Taipei nightlife is one of the worst in Asia because it seems only a defined group of people go out to party regularly. That’s the reason why most clubs open only a few days per week.

Taipei nightlife doesn’t have much prostitution, hardly you can meet any freelancers. Nightclubs and bars aren’t good places for paid sex.

Party girls out at night are friendly but expect you to be confident when approaching. Yes, they are going to test you hard if you can hold up to their expectation.

The best nightclubs and pick up bars in Taipei are:

• Frank Bar – It’s the best pick up bar in Taipei. It’s also a great night spot to take your date.

• Kor Lounge/Bar – It’s a high-end lounge bar with plenty of hot girls. Dress sharp if you want to pick up girls.

• Wave Club – It’s a big and busy club with sexy dancers. If you want to attract girls, you have to book a table.

There are many escorts in Taipei. You can find foreign escorts as well as locals promoting their services in escort directories.

They are the most expensive way to get laid, particularly suitable for men who don’t have the time to meet girls in other ways. 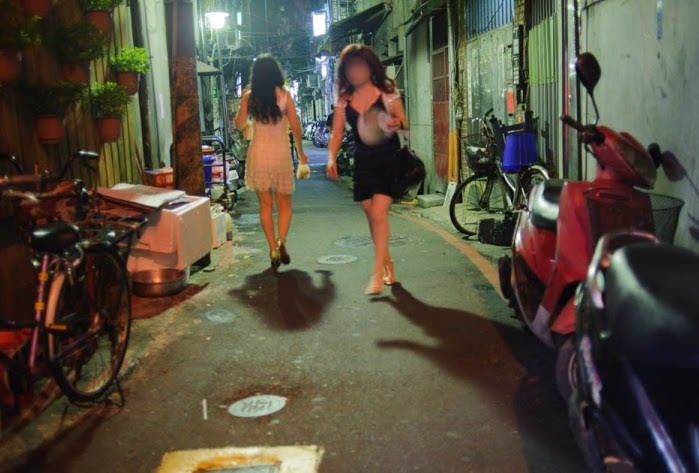 Streetwalkers aren’t so popular in Taipei, but you can find some ladies in the red-light districts. Street prostitutes are old, not so attractive, and you never know their health condition. 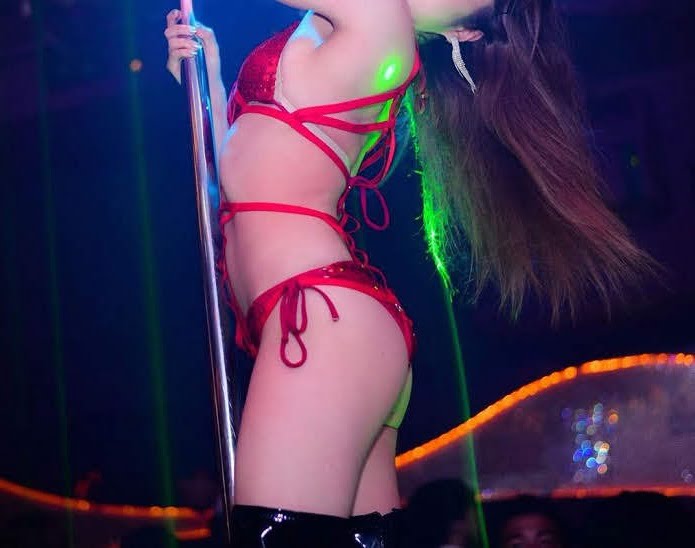 There aren’t any formal strip clubs in Taipei, but that doesn’t mean you can’t get a striptease.

Strippers are usually hired and perform in KTV rooms and also motel parties. The only way to get an invitation is to have a local connection.

If you want to get laid with a Taiwanese lady, check out the hostess bar with prices ranging from $7k NT to up $15k NT. And for a top Taiwanese escort, $6k NT per hour is the standard rate.

When a business sells sex, it has fixed prices and a menu of sexual services. While sexual services are standard, the price varies from place to place.

The cheapest option is to hook up with girls online. There are many mature ladies hot for action.

• Accommodation: Taipei is pretty expensive if you value quality accommodations.

There are also cheaper options like getting a full apartment on Airbnb. It works pretty well if you have the intention to stay in Taiwan for a few weeks and to get in contact with civilian girls on dating sites.

• Food: You can eat cheap food on the streets for $150 NT or in a local restaurant for $250 NT. For meals in nice restaurants budget $1.000NT per person without wine which is expensive in Taiwan.

• Transportation: The metro covers most of the city and it’s the way to go when touring around. A single trip costs $20-65 NT based on the distance and a one-day ticket costs $200 NT.

For short distances use Uber cause it’s cheaper than a local taxi, but during rush hours it isn’t.

• Negotiate Prices: When you call escorts or pick up sex workers in the clubs, never accept her first price.

• Bring Your Condoms: Girls in the sex industry carry their own condoms but the size is Asian, small!

• Use The Phone Translator: Most girls don’t speak English so use technology.

• Ask For Photos: Most girl’s photos you find on escort directories online are fake. When you contact them, ask for more.

That’s the end of this Taipei sex guide. Enjoy the city and the girls!