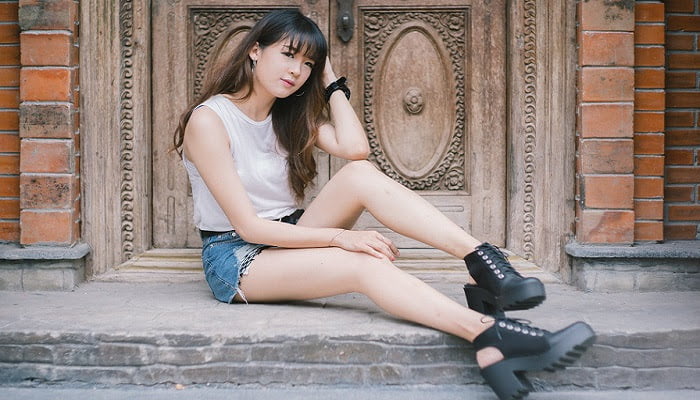 If you are planning to pick up, date and getting laid with girls in Chiang Mai, you need to learn some notion of Thai dating culture.

Without knowing the basics, your only chance to spend the night with a Chiang Mai woman is to pay for a hooker.

First, I’m going to share how easy is picking up Chiang Mai girls, then the top 3 ways to hook up, and finally, how to carry out the whole process until you get laid.

I’ll conclude this guide with tips and best places to take your dates in Chiang Mai.

Before deep diving into Thai dating culture, I get most often asked if it’s hard to pick up a girl in Chiang Mai…

Is It Hard To Pick Up Chiang Mai Girls?

Pick up Girls Chiang Mai girls is not that hard if you can smile and have a normal conversation on a social level. They are friendly and open to the idea to date foreigners. 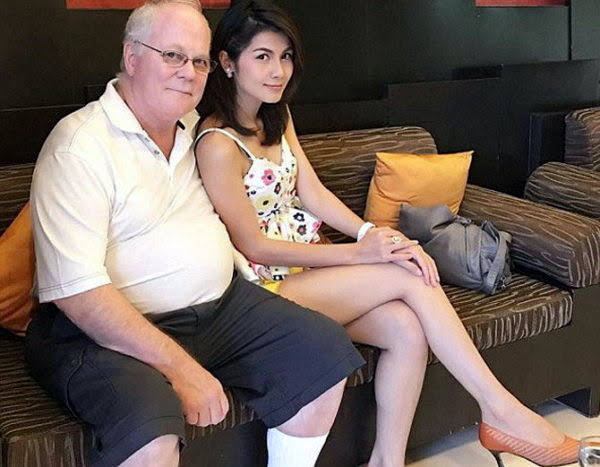 Besides the many tourists visiting the city, there is a large expatriate community living there, making the local women used to interact with foreigners.

However, don’t expect all the girls to speak fluent English – actually the contrary – only the educated one or the one working in the tourism industry can hold up a conversation.

Having said that, most girls can communicate in basic English which is enough to exchange numbers and move the conversation on a text as they can better understand writing English then verbal one.

If you can learn a few basic Thai words or even phrases, that would put you in an advantageous position when picking up girls.

Girls in Chiang Mai love to speak to foreigners who know some basic Thai, it’s a sure bet to get in their pants.

When talking to them, you will soon notice that they are very shy at first, but after a couple of minutes into the conversation, they start to lose a bit.

It’s how they are as a culture, very calculative about what they say and do. It’s a kind of cute watching them acting in such a feminine way, especially if you are tired of the rude behavior from Western women.

But don’t let their behavior make you think that they aren’t interested in you. Even if they are melting for you, they aren’t going to show it openly.

However once behind closed doors, they really can get wild.

If you want to get laid, first you need to choose the places that suit you best, but also they need to be the places where you can meet the right type of girls.

Sure, you can visit a beer bar and pay a girl to have sex with you, any men can do that.

However, meeting a woman that genuinely is interested in you and not your wallet, offer deeper intimate moments.

So, let’s start with…

You don’t have to walk around the city streets all day long or go to the ridiculously expensive bars and nightclubs to meet Chiang Mai women.

There are hundreds of girls on dating sites looking for foreign men. 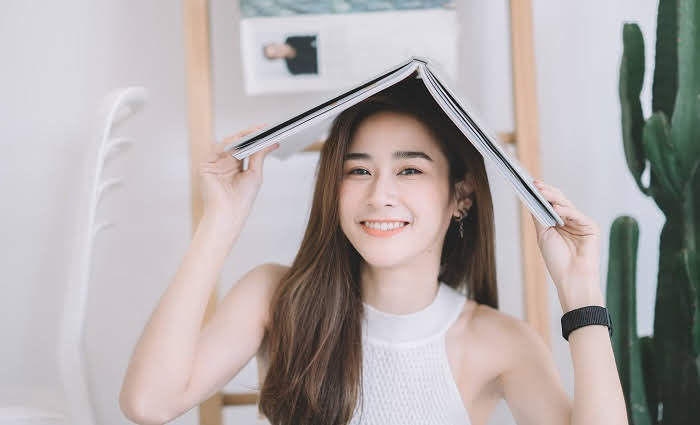 Most people think dating sites are only useful to get a girlfriend or a wife, but that is a limiting belief.

You can meet girls for a nightstand if you play your cart well. Of course, girls in Chiang Mai are like any other women in the world, they would like to settle down with you and have kids.

But well before that stage, they know that have to give it up if they want to keep you interested or you might move to a new girl.

After all, it’s just a game, you want to get laid and they want to have a family, play in the middle and you are going to be overwhelmed by the choice of girls.

The best part of meeting girls online is that you can hook up way before arriving in Chiang Mai, that gives you an instant sexual encounter with the local girls once you land.

On those dating sites you can find all sort of girls, some might look for a long term relationship whereas others want only money.

There are prostitutes among the good girls, so you need to screen them out. Usually, they dress sexy in their profile photos making it clear what they offer.

In case you prefer the old fashion way to pick up local girls, day game is another option to meet and date girls in Chiang Mai.

Shopping malls are the best places to find beautiful, young and educated Thai women during the day… 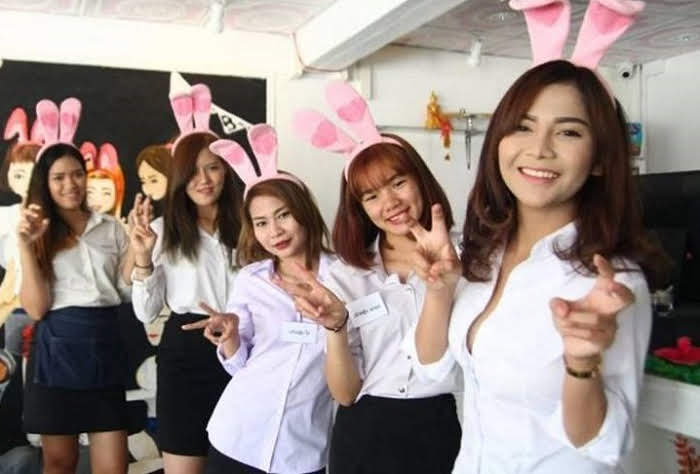 The most popular malls in this city are:

If you have a fetish for university and young girls, there are restaurants around the Chiang Mai University where you can easily start a conversation with them.

For example, Nimmanhemin area is an excellent place to pick up students in Chiang Mai while having lunch.

You’ll find Chiang Mai university girls very curious and interested in improving their English skills, so they will be glad to talk to you.

It works best for younger guys in their 20s, if you are 30+ you better stick to the online game.

3. Nightlife In Chiang Mai For Singles

Chiang Mai nightlife is well balanced, and it has everything to keep every single man on the hook.

It is a famous scene for couples, backpackers, and many other tourists, but most importantly is kicking with sexy Chiang Mai girls hot for action.

Most nightclubs in the city are open every day, and the majority of them are situated in the Nimmanhemin road area.

It’s in the best place to meet singles and to hook up with girls in their 20s, who are ready to have fun and getting laid. 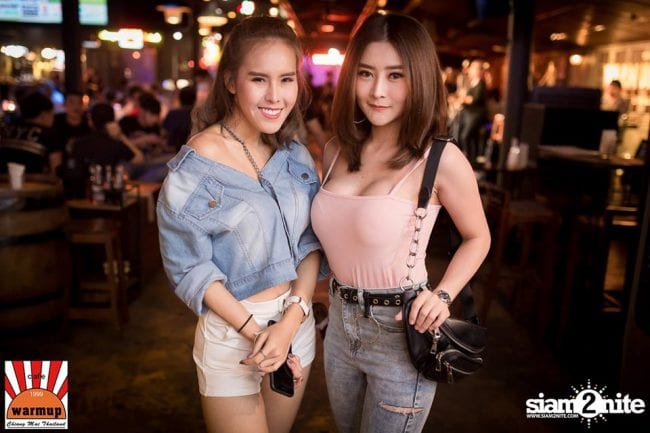 The most popular Chiang Mai pick up bars and nightclubs are:

Keep in mind that there are many hookers freelancing around the clubs and it isn’t always so obvious if they are party girls or prostitutes.

The best way to find it out is to wait until they finish their drink, and if they ask you to buy another one for them, they are prostitutes.

A party girl would never ask you to buy her drinks, they can take care of themselves.

How To Pick Up Chiang Mai Girls The Easy Way

Picking up girls in Chiang Mai is not that hard, but the way you approach the whole process matters a lot.

It can make or break your experience in Chiang Mai, putting you on the top seducer or making you a loser.

As said earlier, the first trick is to learn some Thai words. Most of these ladies find it hard to express themselves in English, and they are always shy whenever approached by a foreigner.

But knowing a few funny words in Thai can go a long way to get the girls interested in you.

I understand some men don’t feel comfortable picking up women face to face, in that case, consider using a popular Thai dating sites to get to know local girls.

Dating sites are a great tool to meet and warm up girls in Chiang Mai before your arrival in the city. That way you increase your chances to get laid.

And please, try avoiding getting introduced to their parents. You don’t want to get married, right?

When trying to pick up in Chiang Mai, your appearance matter a lot, so dress sharp. It can make the difference between getting her phone number or getting rejected.

Most men wear shorts and slipper just because the weather is hot, but that reduce drastically your chances to hook up.

You only need a pair of trousers, a polo shirt and shoes to make that first positive impression.

Next, be polite, calm and patient. Chiang Mai women are no different than other Thai ladies, they highly appreciate politeness.

It’s ingrain in their culture, everything they do is gentle that’s why Thai women are so feminine.

Things to Do With Your Dates in Chiang Mai

Having hooked up with a woman in Chiang Mai, the next step is to date her and get laid.

To make this successful, you need to build attraction and sexual excitement by engaging in some activities together.

By doing things together, she sees you as a partner, not a creepy tourist. She starts to fantasize about having kids, a family together making her feeling sexually attracted to you.

When a woman feels sexually attracted, she wants to get intimate with you. It’s their procreation instinct at work, she can’t resist to that.

Here are a few dating ideas to do that:

No single guy wants to leave Chiang Mai without spending time with a beautiful local girl, the second wish is to get laid with her.

Don’t waste time running up and down the streets looking for women. Instead, get in contact with the girls now, fly to Chiang Mai and meet with your new girlfriend for the first night together.