You can find Phuket freelancers in most areas on the island, with Patong taking center stage.

Most girls you see in the streets, shops, restaurants, at the gym and even beaches, are most probably freelancers happy to go with you for money. Meaning the whole place is an open-air brothel.

Most visitors have the impression that freelancers in Phuket are risky business because they aren’t working in a bar. It gives an impression that girls might have a disease or a tendency to make problems.

The reality is that freelancers in Phuket aren’t as risky as it might appear. They simply prefer to work on their own so don’t have to share their profits with the brothel’s owner.

That’s why for them is better to find men on their own – same money, less effort, and more freedom.

A point of importance about freelancers in Phuket is their naive nature and tendency to satisfy any sexual request, besides the best value for your money.

In this article, I’m going to expose all the different types of freelancers in Phuket from the cheapest to the most expensive, starting with…

If you don’t like clubbing or dislike prostitutes in the street, then the best place to meet Phuket freelancers is on dating sites.

You might think that dating sites have only Thai girls looking for love and relationship, but in tourist destinations like Phuket, you can find many freelancers.

It’s obvious by their profile pictures and description…

When you see a girl wearing a bikini or short skirt or pose sexy or with tattoos, that girl is most certainly a freelancer. Phuket girls online looking for a serious relationship are too shy and conservative to show parts of their body.

Freelancers online also have descriptions like: “Looking for a kind and generous man” or “Only a guy that can take care of me”.

If you would like to contact freelancers in Phuket, the most popular and safest site is Thai Cupid.

To get started, write an honest profile with your intentions and what you are looking for. It helps to avoid misunderstandings.

For example, if you want a Phuket girl for a week, write that you’re looking for an outgoing and fun girl, and you don’t mind to be generous for her time.

Then add your best photos, and you are ready to go.

Online freelancers in Phuket ask for 1.500 baht per day. So you get a companion during the day to show you around, and a lover at night.

The best part is you don’t need to spend money on drinks, bar fines or short-time hotels.

2. Phuket Freelancers On The Streets 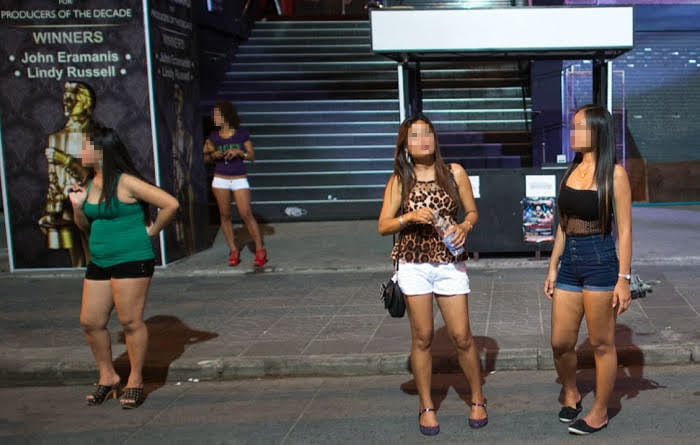 If you visit Patpon in Phuket, most of the girls you’ll have a tag price. So, don’t be afraid to approach a girl and ask if she would like to go with you. Most probably she might be interested.

Patong is the center of entrainment in Phuket, and all the business girls hang around that area. You can find freelancers in Bangla Road at night, on Patong Beach during the day and around the malls in the area during shopping hours.

Here an overview of the types of freelancers in Phuket:

• Bangla Road Girls – After 7 pm the game is on. Thai girls walking around this area are freelancers.  Bangla road girl price starts at 1.500 baht in the early hours or after 2 am. Pick time between 9pm-2am expects to pay 2.000 baht.

• Patong Beach Girls – At night is when you’ll find most freelancers near Patong sing. However, also during the day, you can find girls less pretty.

There are also groups of girl on the beach during the day just chilling during their day off from the bars.

If your hotel room isn’t nearby, you better off renting a short time hotel room for 500 baht.

Patong in Phuket is where all the action at night takes place. Walk-in most nightclubs in Patong and you’ll find many girls hot for action.

At first, the girls seem there just to have fun with friends, but in reality, they are on the watch out for customers.

Freelancers in nightclubs are normally “all night deal’, and you rarely manage to get them out of the club before 2 am. Meaning you have to party with them, pay for the booze and only later take her back to your place.

It can be exhausting, not the way to go if you aren’t a party guy used to sleep late and get drunk.

The price for freelancers in the clubs is 2.000 baht+, depending on whether she is a looker and your appeal to the girl.

These girls aren’t “hard freelancers” like street girls in Bangla Road, making them a better option if you are looking for a girlfriend experience instead of only sex.

The downside is that you need to be able to start a conversation and create a spark of attraction with the girls in clubs. Otherwise, you’ll come off as a weirdo or predator… and the girls don’t like that.

The most popular freelancer’s clubs in Phuket are:

Videos Of Freelancers In Phuket

In these videos, you can see Phuket freelancers in Bangla Road and Patong Beach…