A story of a Massage Parlor Attendant in Manila

“My first happy ending massage, the masseur was my friend”

I got hooked with the massage parlor bandwagon in early 2012. I was just an observer or a lurker with a well-known Philippine Internet forum which has tons of information about the adult scene.

I was trying to control myself with the urge after not having sex in Manila for a couple of months due to my hectic work schedule and close relationship with family and friends.

However during those tumultuous periods I have totally resigned myself of not thinking of my ex-girlfriend whom we parted ways a few years back until I was introduced to a forum wherein one of the ladies was a Massage Parlor Attendant (MPA) active with that thread.

My observation concluded that the lady I into was a smart girl, well-educated (probably have some college units) and conversely speak her mind with straight English which uncommon among MPAs.

I know I have a hard knack for intelligent women and therefore I decided to have a chit-chat with her and ask her about her chip number and contact numbers so that she can accommodate me on our first meeting.

She was good enough to welcome me as I introduce myself through private messaging and reluctant replied immediately.

I was so happy that she was available on the given days that I was planning to venture on the Massage Parlor in Quezon Avenue called Executive Health Club.

It was my first time to come and experience after a few days of waiting, I got myself for the bout. With the thought of satisfying myself and have a grand time as well.

I got off early from work with started to pounce the road at late afternoon and was hurrying on the set appointment, she was texting me if I am already in the vicinity but told her I almost there in about 30 minutes due to the traffic in EDSA and Quezon Avenue.

I was in the vicinity and decided to get some coffee near the establishment.

As I got to MP. I parked some place else not conspicuous near Capitol Medical Center and hurriedly walked through the streets. Hope no one would spot because I am just a random guy.

Once in a while, my thought was racing on how this looks like and what’s the outcome of my adventures and mishap for the day.

I told her I was waiting for Ms. Tricia and I told I have texted her already.

She called on the phone and asked if Tricia is available is at the room and said yes. Once there, the floor guy showed me the way to cashier and paid the room where I have a massage and so.

Happy ending massages in Asia are a long time tradition and massage parlors can be found everywhere. Know how and where to get happy massage will save you time and save from the embarrassment if the lady is a professional masseur.

Inside, the room was clean and maintained with ambient smell. I felt it was a three-star hotel although the bed is small.

The floor guy informed me, Ms. Tricia will be here in a minute. I am so excited with the thought of meeting Ms. Tricia in the flesh.

After laying down and removing my long sleeves and tie I was nervous until a knock on the door.

To my surprise, it was Ms. Tricia. She was 21 years old at that time, a bit morena, about 5 feet 3 inches in  height, not really a drop dead gorgeous lady but she has tremendous sex appeal and curves to match with MPA attire she was in…

The minute she stepped in as if we were friends who knew each other a long time.

I was exhilarated to meet this lady and talked a bit, she asked if we can shower, I told her why not because it was my first time to be bathed by another person other than my mother (during my childhood).

We got undressed and still talked to me as if we were old friends who haven’t met each other while taking a shower she is doing her best to impress me with her conversation and I was turned on with her.

Amazingly, I was admiring her body which was definitely true to her form with little blemishes. After cleaning up and finishing the shower. She asked me if I want a sensual massage and laid down in the nearby bed, I told her YES!

After a few minutes so that sensual massage, she asked me if you want the other service she is offering (happy ending massage) and I told her: “Why not?” and so we began the tryst of foreplay with some kissing and petting like she was my girlfriend for that day.

The tension and sexual arousal begins to play action as time ticks by doing all the positions I know.

The session ends when the phone rang, informing me I got 15 minutes to go before it ends, we were already finished and taking a short shower with her.

We were naked, still talked more as we both exchange pleasantries and compliments how our bout went. I told her I will come back next time to meet her and said to me I am counting on it sir.

Asked her not to call me sir because I am just a few years older and just call me on my first name.

With that I felt satisfied with the outcome for the day with myself I am a completely recharged man. Just to make conclusions, Ms. Tricia (not her real name) has resigned from MPA job a month after we met.

She hesitated to resign from work at first but decided to continue her studies after earning enough fund to work her college degree in a state university somewhere in Manila.

Last I heard of her was that she graduated in October of 2007 and took the professional license exam from Professional Regulatory Commission and passed it.

I am definitely happy of her wise decision and outcome of her growth as a person no longer in this line of work.

She mentioned to me on my private message that all is well in her new profession outside the adult entertainment circle and into the real world.

The author of this article is Silent Operator Dan

Can be contacted at: www.theconfessionsofayoungman.blogspot.com 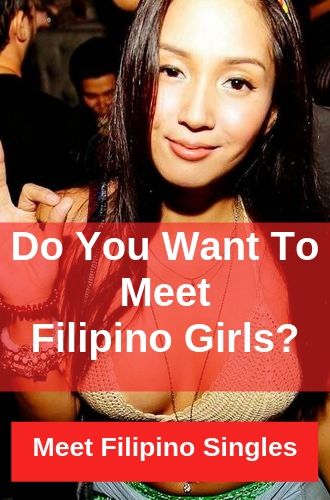